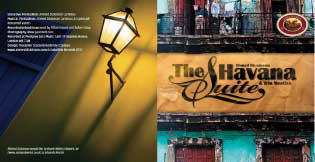 Ashley Stewart’s Art Sponsorship in 2011 was awarded to the talented Ahmed Dickinson Cardenas – Guitartist. Described as a “true pioneer” by Classic FM Magazine, Ahmed studied in Havana and later graduated from the Royal College of Music and the Guildhall School of Music.

In 2009 Ahmed won the prestigious Cubadisco Award and he has since appeared in many festivals in Europe and South America and been broadcast on BBC Radio 4 performing classical and contemporary Cuban works. His CD”The Havana Suite” is a vivid portrait of today’s Cuban concert halls and  was  released on 20th May 2011.